UK Actor Clive Swift has died at the age of 82. He is perhaps best remembered for his role as the affable and extremely patient Richard Bucket in the BBC sitcom Keeping Up Appearances.

The role saw him patiently tolerate her ham-fisted and invariably thwarted attempts at social climbing.


But fans might not know the much-loved star almost didn't take the role that made him a household name.
[.]
The classically trained actor, who enjoyed a 50 year career across theatre, film and television, also said the show was the only 'proper money' he'd ever earned.

Rest In Peace, Mr. Swift. For there is no other actor, living or dead, who could have come close to his marked perfection playing the role of Richard Bucket...er, Boo-kay. 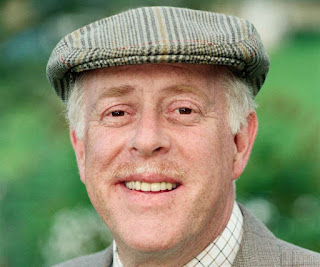