WCPO 9 Cincinnati: Mystery towers going up all over Cincinnati area.

If you drive around the Cincinnati area you may have noticed mysterious cylinder-type cell phone towers, that look nothing like any cell tower most of us have seen.

Now, a growing number of Tri-Staters are getting worried about these towers, and the 5G signals they believe they will soon be sending out, as part of the nationwide rollout of faster 5G cell service.

Michelle Krinsky is a nurse who was out walking near her Cleves home earlier this summer, when she looked up and said, "What's that? You can see it's this ugly menace sitting there," she said.

Right at the entrance to the Village of Cleves from US 50 (River Road) is the strangest looking cell tower many people have ever seen.
[.]
Krinsky decided to call the village administration office, then Hamilton County, and the State of Ohio, but no one knew anything about it, she says.

The most information she and some other homeowners were able to find out is that the tower is on the US 50 right-of-way, not in the Village, so that local officials would not have to be consulted.

"We don't know who put it up, if it is running 4G right now, and if it will run 5G soon," she said.
[.]
...the FCC allows these towers to go in with almost no local approval. The FCC and FAA claim there are no proven links between 5G cell service and health effects, and say local residents have no reason to fear these new towers.

But Hamilton County Engineer Ted Hubbard told us a few months ago that even he, and other county officials are left in the dark.

"The ownership is a big question," Hubbard said. "And I have asked that. We are having a hard time finding out who actually owns it."

That means no one has publicly stated who owns the mysterious Cleves tower, or any of the others popping up across the Tri State. It has no company name on the base.

It's not that hard to find out who owns these towers. Hypothetically speaking, there are a lot of things someone could "do" to these towers and then sit around and wait to see who shows up to undo whatever is done to them.

I'm not advocating any type of property damage. That would be so wrong. There's plenty of alternatives available that one could "do" to these towers that doesn't involve any property damage. Then, wait around and see who shows up. Have your camera ready, remain on public property, start filming and ask questions of the people who show up. Note the vehicle license plate number and make, model, color and other identifying features.

That county board members are in the dark about these towers seems a bit...NWO-ish, doesn't it?

How safe is 5G? Search that subject and you'll find both pro and con, from "it'll fry us," to, "it's harmless." I'm undecided. Anyone?

I do think when we have concerns like those expressed over 5G, it's best to err on the side of restraint. We don't need another epidemic on our hands in five or ten years. It's not like technology has taken a back seat to law, ethics, safety and personal security.

Vice has a (five year old) story on What Wi-Fi would look like if we could see it. It's a good story, check it out.


Artist Nickolay Lamm imagines the size, shape, and color of wi-fi signals were they visible to the human eye. 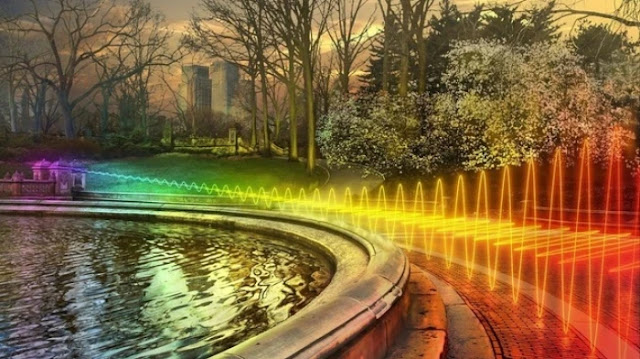 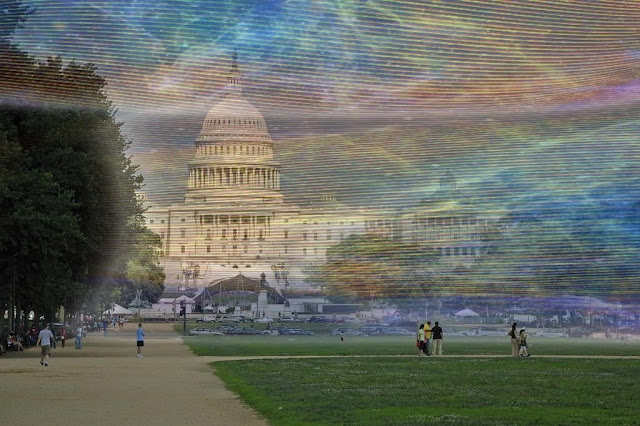