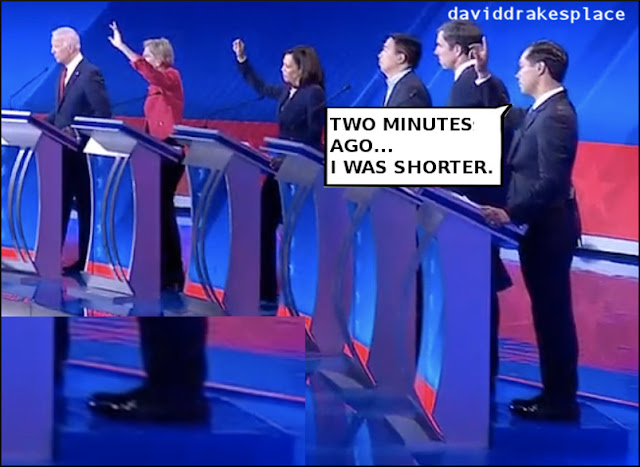 Julián Castro stood on a box during the third Democratic primary debate to help him look taller alongside the other candidates.

Castro joined nine other Democratic presidential candidates on the debate stage in Houston on Thursday. Castro, who is 5-foot-9, was one of possibly several candidates that stood on raised platforms behind their podiums. It was not immediately clear whether other candidates were also on boxes. 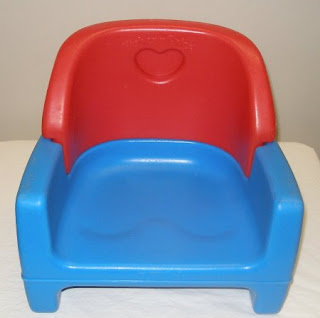 He uses one of these, too, at the table so he can reach his Sippy cup. 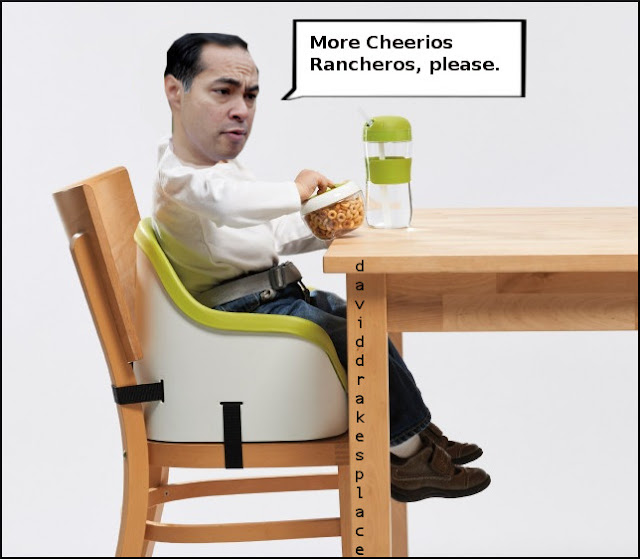 -
Washington Examiner Archived
Posted by Drake at 9:16 AM