John Bolton wastes no time telling us why it was a great idea that Trump fired him.

The Daily Mail: Bolton calls Donald Trump's efforts with Iran and North Korea 'doomed to failure' as he unloads on his old boss.

No matter. It's good Bolton, a trigger-happy, enthusiastic war-salivating globalist, is out of the picture. He's probably negotiating an hour long, nightly program with MSNBC to replace Dutch Maddox. 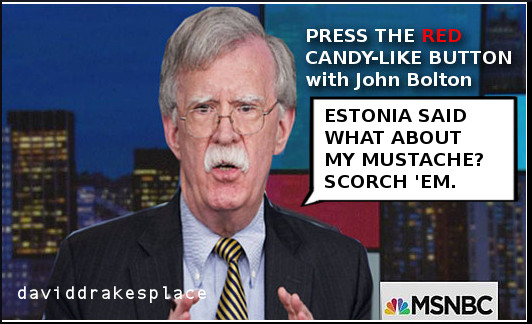