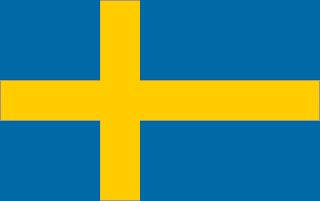 Huh...must be all those vicious, angry and violent Jews and Christians who don't like the Swedes.

Remember when President Donald Trump said, in 2017, "look what's happening in Sweden." And Sweden and American Liberals said, "What?" and laughed at Trump?

It turns out President Trump was, and is, correct. Many of us already knew what the president said was accurate. The media decided reporting on this was - um - disrespectful to "some people" and avoided covering stories like this.


In Gothenburg, a criminal gang of youths forced their victim to kiss the gang leader's feet, while they filmed him. After that, they stamped on his face until he passed out. — Expressen, October 1, 2019.

"It is a way to show your power. They want to dominate places. They do that by putting fear in other youths." — Thomas Petterson, analyst for the Gothenburg police, Expressen, August 31, 2019.
[.]
"Previously, gang rapes were virtually unknown in Sweden. But since the 1980s, they have steadily increased. Since 1995, they have quadrupled. In 1999, 35 gang rapes were recorded in Stockholm alone. Today, the media reports every week or every two weeks on such violent crimes." — Ingrid Björkman, Jan Elfverson, Jonathan Friedman and Åke Wedin, in the book, Exit Folkhemssverige.
[.]
The "humiliation robberies" have recently caused much consternation in Sweden. In Gothenburg, a criminal gang of youths forced their victim to kiss the gang leader's feet, while they filmed him. After that, they stomped on his face until he passed out.

In Stockholm, two 16-year-olds robbed, punched and kicked their 18-year old victim for hours. At the end of the ordeal, they took him behind a church where one of the perpetrators urinated on him while they called him names such as "fucking Swede". They then forced him to take his clothes of while laughing mockingly at him, the victim, only known as Liam, told Swedish TV. The two 16-year-olds filmed the incident and spread it on social media.

The parents of one of the perpetrators came to Sweden six years ago from an unspecified African country, according to Swedish TV, who interviewed them in February. The parents both work and said that their son lacks for nothing. The mother wore a hijab during the interview.

Although Swedish media rarely publish details of the ethnic origins of gang members, some media research has shown that gang members overwhelmingly are either foreign-born or children of immigrants. In 2017, the Swedish mainstream media outlet Expressen did a report about the 49 criminal networks in Stockholm. The report showed the networks consisted of between 500 and 700 gang members: 40.6% of the gang members that Expressen surveyed were foreign-born; 82.2% had two parents who were foreign-born. Their main country of origin was Iraq, followed by Bosnia, Lebanon, Somalia, Syria and Turkey.

"It is a way to show your power. They want to dominate places. They do that by putting fear in other youths," said Thomas Petterson, an analyst for the Gothenburg police, in August.
[.]
Exit Folkhemssverige also has a section about gang rape, which the authors present as a different kind of humiliation crime:
[.]
The usual pattern is the same as in the gang robberies. First, the ethnic relationship is the same: the victims are Swedish and among the perpetrators, the immigrants are greatly over-represented. For example, a study on sentencing practices shows that out of 24 perpetrators convicted of gang rape in 1989–91, 21 were foreign nationals. Whether the three Swedish citizens were ethnic Swedes or immigrants is not accounted for. Second, both perpetrators and victims are getting younger. In August 2001, for example, two 13-year-old girls in Malmö were raped by six immigrant boys aged 11 to 14. The case received widespread media attention, resulting in 17 rape reports against the same gang being filed with the police in the following days... The term 'whore' for Swedish women was launched by Muslim immigrant men from the Middle East. The concept has since been adopted by male immigrants from other cultures and now seems established..."

Welcome to Diversity. It strengthens and enriches the "social fabric."

All cultures are equal? Anyone trying to convince you of that is lying.
-
Gatestone Institute Archived
Posted by Drake's Place at 9:18 AM

They also like using grenades. Again proving the point that weapons are durable, fungible, and transportable commodities that you can't legislate away from people willing to break all laws anyway.

Odysseus, Very much so. What a tragic story. Sweden wanted to be a role model for diverse "social fabric".
Thanks for dropping by.

The ethnic Swedes only need to look to Russia on how to solve their migrant problem. It's called winter. Knock the power plants offline in the middle of February and in two weeks max, the problem is gone. Extreme yes. Again ask the Russians if it works.

Molson, the Russian do know how to take care of problems, don't they? Yes, extreme sometimes, but what they do does work! :)