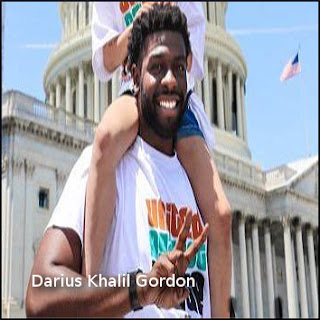 Darius Khalil Gordon announced on Twitter Wednesday that he was recently hired by the Bernie Sander’s campaign as Bernie’s deputy director of constituency organizing.
[.]
Darius Khalil Gordon, is just latest in a string of Sanders aides and surrogates who have made disparaging remarks.
].]
Darius Khalil Gordon tried desperately to delete his sickening tweets after the Washington Free Beacon tried contacting him about a story they were doing on him.

But despite, Darius Khalil Gordon deleting his Twitter account just a few of his sickening tweets were screen grabbed. 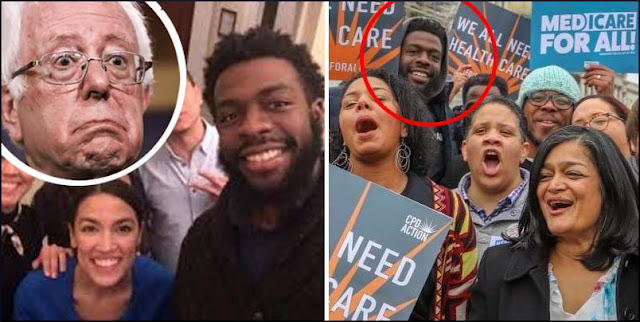 
A Bernie Sander’s (I-VT) staffer was booted from the campaign Friday after antisemitic, anti-gay, and misogynistic remarks were reportedly unearthed on his Twitter account.
[.]
“Working hard so one day I can make that Jew Money,” one tweet from September 2010 read.
[.]
“Sanders’ campaign already has an image problem in the Jewish community, after he proposed withholding military aid to Israel and appointed Linda Sarsour as a campaign surrogate," [said Matt Brooks, president of the Republican Jewish Coalition].

Sanders describes himself as “alarmed” by the recent rise of anti-Semitic attacks. Jewish Community Centers across America recently received bomb threats, while a Jewish cemetery in Philadelphia was vandalized.

In a speech to J Street, a liberal nonprofit hostile to Israel, Sanders said that “the attacks must be condemned at the highest levels of government.”

“I hope very much that President Trump and his political adviser Mr. Bannon understand that the entire world is watching, that it is imperative that their voices be loud and clear in condemning anti-Semitism,” Sanders said.

He also attacked Trump for failing to mention the word “Jew” in his statement on Holocaust Memorial Day, calling it “rather extraordinary.”

...Waiting for Bernie to issue a loud and clear condemnation of his systemic history of hiring Jew-hating, gay-hating, Asian-hating, misogynist and racist staffers. 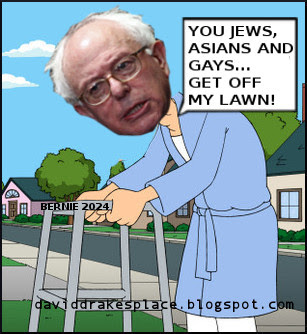 The Political Party of Diversity and Tolerance!
Posted by Drake at 3:37 AM

Wow.. no double wow... Nothing left out I do believe.... so much for vetting.

Bunk, Bernie doesn't really do a thorough vetting process, does he? Oh, how'd he'd be dirtying his Depends if the same was occurring with a Republican politician.
Thanks for dropping by.

Molson, Yep. Amazing how little attention and coverage the MSM gave this story. Think it would be the same if the candidate was a Republican? We'd never hear the end of it.
Thanks for dropping by.